A recent Financial Times article on fixed income exchange traded funds (ETFs) explored at length how portfolio trading has enabled the rapid growth of bond ETFs.  However, while it highlighted, we believe correctly, the implications for liquidity and dealer profitability, it didn’t mention another risk for the market.  This is the potential increase in the mismatch between the performance of many broad market ETFs and the indices that they pledge to track.  If investor expectations in this regard are not met – and we think there’s a good chance this will be the case for many ETFs — the implications for investors and fund sponsors could be significant.  These include unwelcome attention from regulators, a loss of assets under management, and greater industry concentration.

​The interplay between fixed income ETFs and portfolio trading
Over the past several years advances in pricing and technology have boosted the ability of specialist firms to price and trade bonds together as blocks, or portfolios.  In this regard the bond markets are catching up with their equity counterparts, where portfolio trades have long been the norm.  It’s a timely development in the world of fixed income, since the rise of ETFs (Figure 1) has increased the demand by investors to trade in and out of the funds with minimal costs.
​
Figure 1: Growth in global fixed income ETFs ($ trillion) 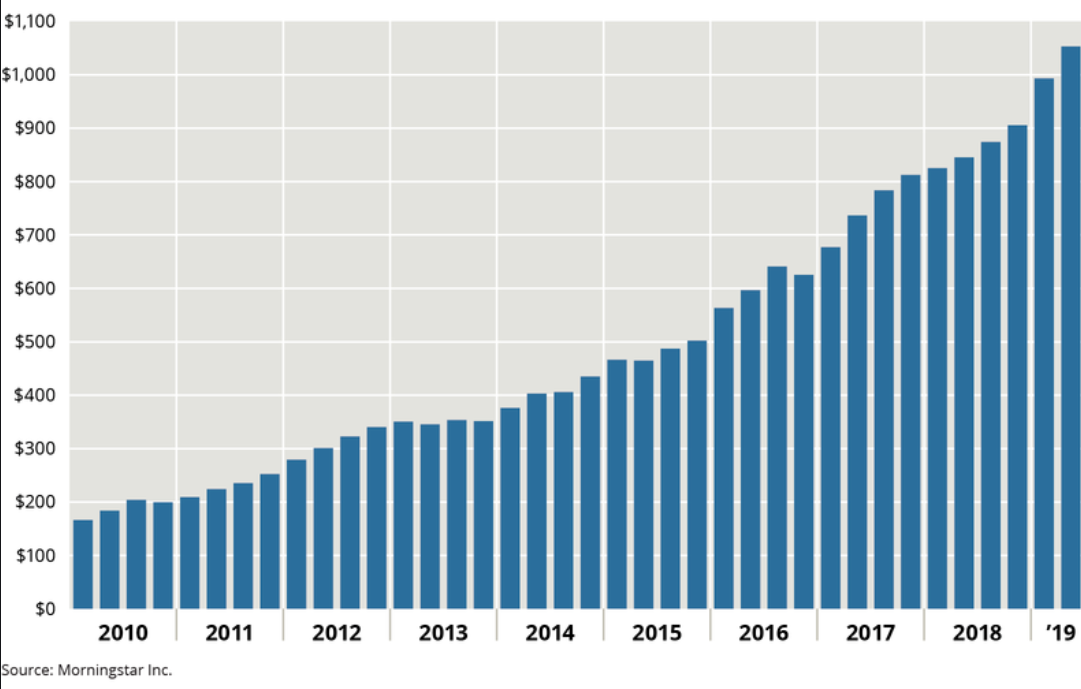 At the heart of the relationship between bond ETFs and portfolio traders is that the latter create and redeem shares in the former via block trades.  This process is common to all ETFs regardless of asset type, of course, and the process in the equity markets (where ETFs have a long history) is often cited as a precedent for bonds.  However, “The equity market as a model for fixed income” analogy falls short in some important ways.

The haves and the have nots: increased bifurcation in bond liquidity
The biggest one is liquidity.  While liquidity varies by company in the equity markets, two-way trading exists in all shares in the leading indices.  So the block trades that create and redeem ETF shares usually contain all the constituents in the ETF and its index.  Not so for corporate bonds, where the gap between liquid issues (mostly larger and sold more recently) and illiquid ones (smaller and older) has plagued the market since its inception.  Reflecting this, ETF-related portfolio trades typically involve around 100 of the most liquid securities.  To provide some context, broad market US investment grade bond indices have over 6,000 securities.  The Vanguard Total Bond Market Fund (BND) ETF cited in the writeup contains in excess of 9,000 issues.

The growth of ETFs and improved technology means that portfolio trading is likely to grow in the future, with the probable result that market activity will become concentrated in an ever-smaller group of securities.  This will in turn raise issuance and transaction costs for smaller entities.  Over time, this could lead them to being shut out of the market, leaving the field to larger and more established players

The dangers of increased tracking error
We now turn our attention to another concern, that of the impact of portfolio trading on the ability, or inability, of bond ETFs to track closely the performance of their target indices.  This is not a trivial issue: as noted at the outset, when an investor buys shares in an ETF that’s advertised as representing an index, say one for the US investment grade market, they expect to get that performance.  But as we explain below, the use of portfolio trades to create and redeem securities means that in the future this might no longer be true for many funds.

To be clear, we believe that the performance of the larger and long-established bond ETFs should not be affected by the trend towards portfolio trading. This is because they usually contain most, if not all, of the bonds in their indices.  In this they are helped by the fact that in many cases their benchmarks only include large issues, and thus have fewer bonds.  And over time, these older funds have been able to use the new issue market, which is typically more liquid, to secure bonds that are in their indices.  So when they create and redeem shares through portfolio trades with small numbers of securities, it shouldn’t affect their ability to track their indices with a small amount of performance variation.  That’s because the subset of bonds bought and sold to represent the ETF matches the issues and their weights in both the fund and its target index.

The problem arises for ETFs and mutual funds that contain only a subset of the bonds in their target benchmarks, but that are intended to follow the performance of the broad benchmarks with minimal variation.  The managers of such funds, which are often smaller and newer, have chosen not to “buy the market”, or at least have not yet had the opportunity to do so.  Instead, the portfolios of liquid bonds that they hold are selected to track their broad market indices with minimal forecast variation, or “tracking error volatility”, to introduce an industry term.   This usually doesn’t create problem for liquid sectors, for example Treasury securities.  But it does for less liquid ones, principally corporate bonds.  And that, unfortunately in this regard, is where most of the activity has been (Figure 2).
​
Figure 2: Inflows into US ETFs and Mutual Funds by Sector (source: IMF, Lipper) 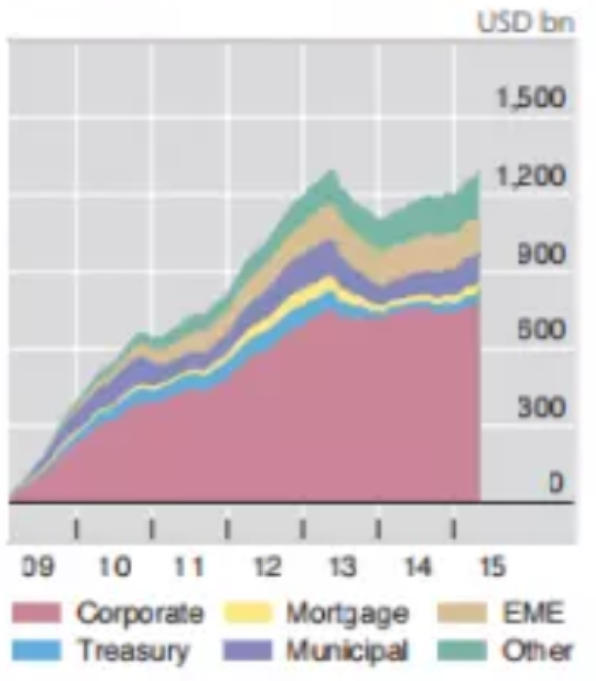 ​
​Potential regulatory and investor reactions
Regulators have been taking an increasingly dim view of financial products that do not perform as promised.  So should the increased use of bond portfolio trading cause a deviation between the performance of an ETF and the index it’s supposed to track, we would not be surprised to a similar development here.  Moreover, as we described in an earlier post, investors have shown themselves to be quite willing to take their business elsewhere if they are disappointed in the performance of a financial product.  We believe that the latter development would lead to further growth of the leading ETFs and fund sponsors, squeezing out the smaller players and thus reducing the scope for innovation and competition.